Is Flag Football Safe for Kids? 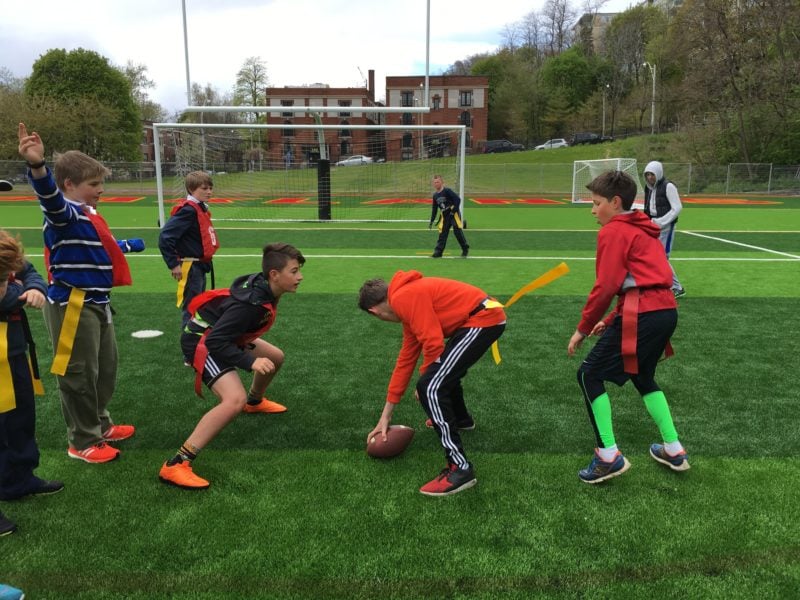 Football is a fan favourite sport. All you have to do is look at social media to see the excitement about the NFL playoffs and the Super Bowl. While many parents bond with their children over their love for this sport, most parents are less thrilled if their kids express interest in actually playing football. Isn’t it too rough??? These doubts may make you think twice about enrolling your child in a football camp or allowing them to play on the school team. But what about flag football?

The problem with “traditional” football is the physicality of the sport. Tackle football is, by nature, a rough sport. It’s one of the hallmarks of the game. This aspect of the game has concerned many recreational players and parents.

One of the best alternatives is flag football, which incorporates most of the rules of contact football while removing tackling and other physical elements of the game. It’s specifically meant to address concerns about how rough football can be. The goal is a game that reduces the potential for injury but is still fun to play!

This version of football introduces a new element to replace some of the rougher physical play. Instead of tackling the ball-carrier to the ground, players on the defending team try to capture a flag from the ball-carrier. The flags are secured by velcro to belts worn by the players. This dramatically reduces the potential for injury.

Is It Safe for Kids?

As a parent, you might still worry this form of the game isn’t safe enough. How do you capture the flag on the ball-carrier? What if players get too excited or aggressive? You worry the game could still end up being too physical.

Keep in mind why it was created! Those adults who were playing football for fun and fitness were tired of getting hurt playing tackle football, so they set out to create a safer, non-contact alternative. It’s designed to keep physical contact and roughhousing to an absolute minimum.

Can’t You Still Get Hurt?

If you’re still concerned flag football isn’t safe, keep in mind that the risks from playing flag football are very similar to a child participating in virtually any sport.

While there is always a risk of accident and injury while playing any sport, the chances of injury in flag football are far reduced compared to a contact sport like tackle football, hockey, or rugby - flag football works to make the potential for injury about the same as getting hit with a poorly aimed pass in soccer.

While it is only natural to worry about the sports-related injuries your child could sustain, don’t forget children need opportunities to exercise, explore and develop fundamental movement skills.

If your child is a passionate football fan, consider flag football as a safer alternative for them. You’ll worry less, they’ll stay safe, and they’ll still have the chance to play all day! We hope to see you at Flag Football Camp this summer. 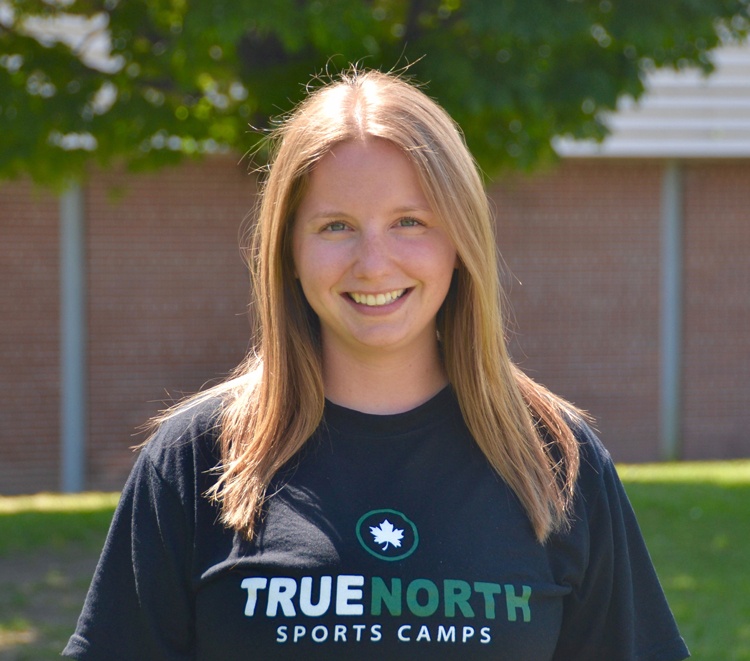 Courtney has been involved in True North Sports Camps for several years behind the scenes. She is responsible for overseeing the operations of the business, including hiring and training our staff, marketing, communications, finance and strategy. After having worked at a number of summer camps in the past and dedicated her free time to volunteering with children, Courtney knows what it takes to create a memorable experience for each and every camper. View all posts by Courtney Berger →